Dialogs With My Teacher #9 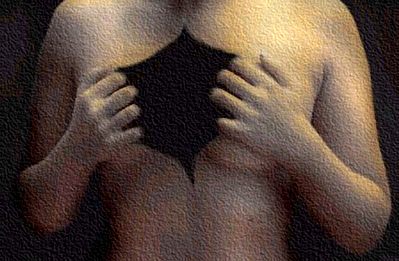 Here’s another installment in a series of emails that took place between Michael and one of his senior students beginning in August of 2009. May you find the exchange interesting and enriching.

Student: Yeah. I guess. I don’t know how to say it. The receding wave of consciousness going back to its source seems unknowable. Is this right, or is it knowable? I mean, awareness is there as I fall to sleep, and is there when I wake up. Its even there when I dream, and, periodically, even when Im sleeping but not dreaming. But it seems like awareness cannot see itself unless consciousness is arising or has arisen. How does awareness know awareness when it is all the same thing?

Michael: On the one hand, awareness doesnt know anything. It doesnt need to. Its just awareness. Simple, clear and radiant. Consciousness, on the other hand, is the mirror that awareness looks into and then sees itself, so to speak. When awareness is no longer looking in the mirror, it doesn’t disappear, it just no longer has any point of reference. It has no circumference and no center. It just is.

Put another way, consciousness is the crash of awarenesss wave onto the shore of self. The wave’s retreat is expansive while its crash is met by something that is somewhat finite. Where does the wave go after it hits shore? Where does it not go? How can awareness not be aware of itself whether its reflection is seen or not?

Student: It is fine with just its being; its isness. Everyone’s running around, avoiding the simple isness, because in a way, it’s death. Is this right?

Student: Is this what the pretending is about? All of these stories built on the false assumption that we are not each other keeps the isness at bay. We are looking to keep things unsettled and in conflict in order to avoid seeing ourselves as nothing, when all it is is the wave reintegrating?

Michael: Yes. Its all just the infinite expanse of Emptiness reintegrating itself as somethingness.

Student: Except that there is no birth and no death in this spacious Emptiness, right?